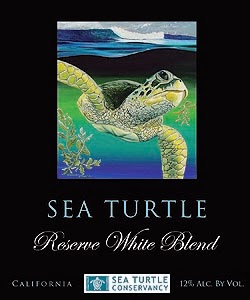 Are you ready for the 2014 Key West Food & Wine Festival? Here's a sneak peek of what's in store this year! The three main events are back this year: Kick Off Your Flip Flops Beach Party, Grand Tasting and Duval "Uncorked." These popular soirees have sold out in the past, so make sure you've got your fingers ready to click "buy now" on your faves as soon as they're up for grabs.

This year, the 5th Annual Grand Tasting will be held on the pier of the Fort Jefferson Museum between Turtle Kraals and Half Shell Raw Bar. Located on the Historic Key West Bight, this deep-water harbor was once the heart of the working waterfront.

Here in the turtle kraals (watery corrals) green sea turtles were kept near the Thompson turtle cannery before being exported as delicacy around the world. While the booming turtle industry helped build Key West, the rate of harvest wasn't sustainable. The Endangered Species Act of 1973 made it illegal to remove a green turtle of any size from U.S. waters.

The winery worked in conjunction with the Sea Turtle Conservancy to raise awareness and support for the protection of threatened and endangered sea turtles. Part of the proceeds from the Sea Turtle Selections will be dedicated to the conservancy. The festival also be donating a portion of the proceeds from the Grand Tasting to this worthy non-profit.

If you want to get all the insider info on the festival, sign up for their Juiced Newsletter.

Posted by Claudia Miller at 8:13 AM