It's hard to believe that so many distinct styles of architecture are present on the tiny island of Key West. You can find quaint conch houses, Victorian mansions and Civil War era forts just in Old Town, a U.S. historic district. 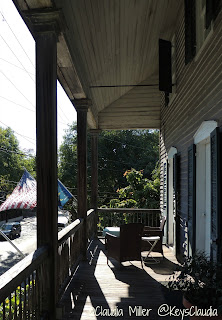 Homes like the Cypress House, built around 1886, showcase Bahamian architectural influences like window shutters that could be closed for protection during storms.

The third-floor has eyebrow-style windows--the roof eaves extend below the top of the façade partially obscuring the windows. This construction shades the upper story of the house and catches cool breezes.

Cypress House is unique to the island, as it's the only property that has remained paint-free with a natural wood exterior. 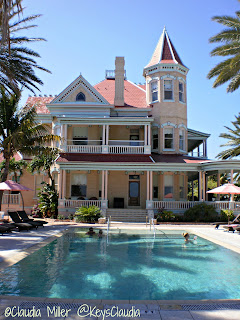 With its Queen Anne-style turet, the 1896 Southernmost House is one of the most photographed buildings in Key West.


Its features include bay windows, a Tiffany stained glass canopy, decorative corner brackets, turned pillars and delicate balusters. The wrap-around porches offer a shady place to while away the hot summer days. 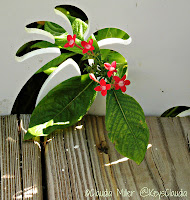 Decorative millwork is common throughout the island. Some styles were mass-produced, while others were custom made with symbols such as the owner’s initials or hints to their occupation. For example, the balustrades at the Speakeasy Inn feature bottles and card symbols--a not-so-subtle sign that drinking and gambling were available inside. 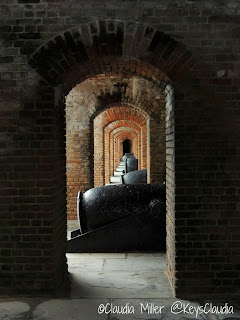 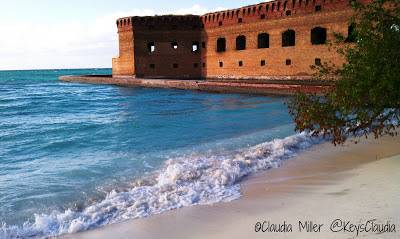 There are three Civil War-era forts in Key West--Fort Zachary Taylor, Fort East Martello and Fort West Martello. Fort Zach (as it is known by the locals) is a treasure trove of brick arches and galleries.


If you head 70 miles offshore to the Dry Tortugas National Park, you'll be wowed by Fort Jefferson--America’s largest 19th-century fort on the isolated 16-acre Garden Key. The hexagonal fort was built using 16 million bricks in 1846, and it's easy to get lost in the honeycomb of 300 masonry arches and crumbling windows.

What's your favorite building in Key West? Let me know in the comments below.

Posted by Claudia Miller at 6:24 AM